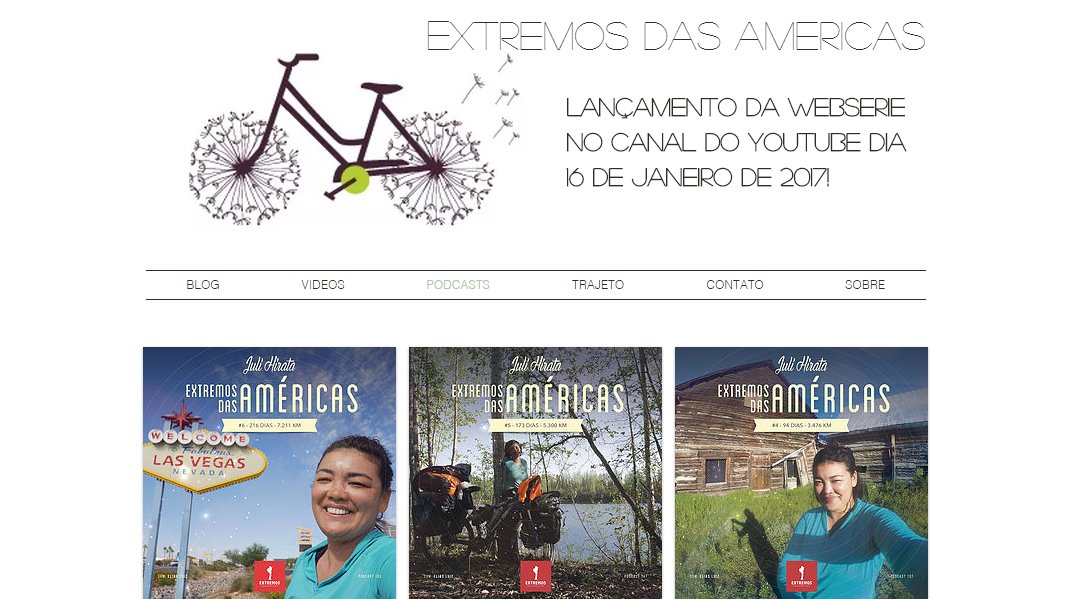 Juli Hirata conducted a quick survey of solo cyclists pedaling across the Americas.  What she discovered was that for every 15 men pedaling alone, there was just one woman undertaking a similar solo bicycle touring adventure.

Her response? Hop on her bike and prove that the Americas are not inhospitable terrain for solo female cyclists.

Recently separated from her husband, she sold everything, resigned from her job and suddenly felt lighter and freer.

The time had come to muster up all her courage and travel in search of this question: What do I really want to know?

Here's what Juli is setting out to accomplish:

Juli's writing style is delightfully open and filled with keen observations.  Her texts, originally penned in her native Brazilian Portuguese, have been expertly translated by Nancy Niss.

One thing that rouses my love of stories are the many things I find alongside the road. And this has turned into my preferred mental game.

Sometimes the stories come as a first-person narrative, at times it’s by the first owner or even some third person, for example, like a Raven who “saw everything”.

It’s really very entertaining! The majority of the stories, however, have a sad ending, but there’s a trick, sometimes I change the ending by taking the object and putting it in another place.

Depending on the condition of the object, I pick it up and give it “another chance” for it to have a new owner. Sometimes I put it on a park bench, on a table at a restaurant, on the sink in a gas station restroom…

I have a bunch of sad and heavy stories like the one about the prostitute who was abandoned on the edge of the road and went mad ‘neath a full moon, taking off all her clothes and leaving them on the side of the road.

As I'm sure you've gathered, this is no ordinary bike touring blog!

At the young age of five, Amy Tunstall lost her father to his battle with depression. Growing up, she was constantly exposed...